In Britain its a joke. In Hawaii its a delicacy. Why does the luncheon meat have such a cult following? 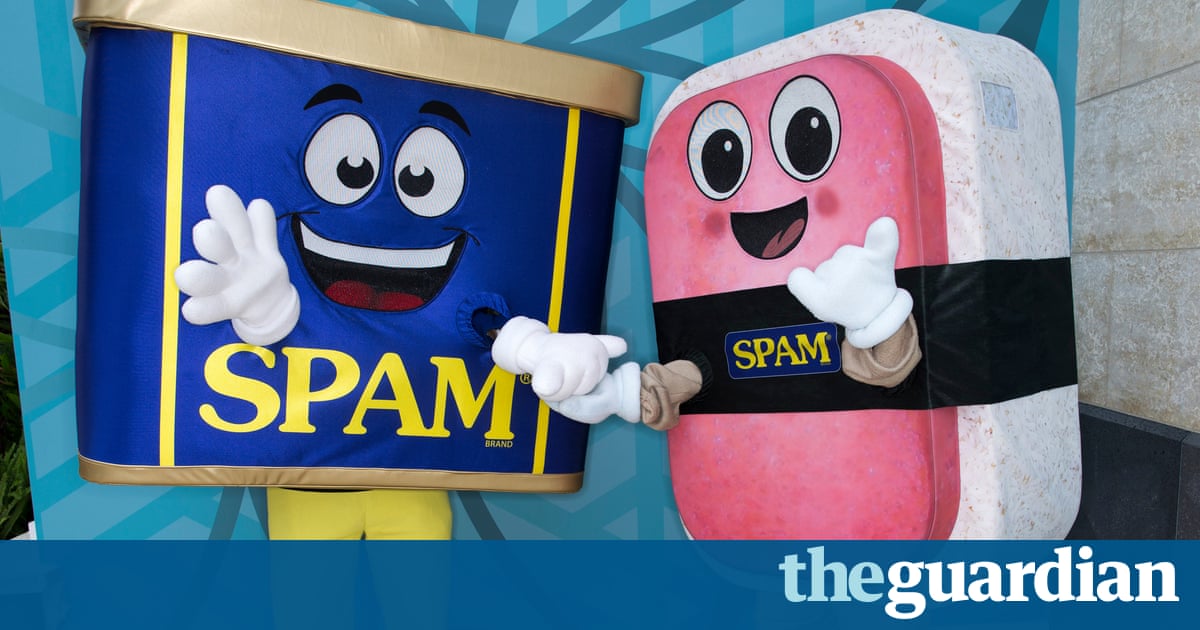 Not even the drizzle can deter the crowds unspooling along Hawaiis Waikiki Beach. As late April showers fall upon Kalakaua Avenue, the roads are lined three-deep with sunburned tourists, surfer bros and silver-haired pensioners. Their colourful T-shirts, flower garlands and fancy dress dress are soaked by rain, but eagerly they await. Suddenly, a chorus of tiny ukuleles starts to play. The procession begins. Are they waiting to pay homage to a visiting dignitary or religious leader? No. Theyre here to celebrate Hawaiis favourite food: the immortal luncheon meat called Spam.

Serious Spam fans are focused on buying up rare flavours such as Spam Mezclita, Spam Tocino and Spam Portuguese Sausage. Others snap selfies beneath a giant archway of Spam cans, or gawp at a catamaran festooned with Spam tins. Children try their luck at the Spam wheel of fortune, hoping to take home a branded T-shirt or headphones. I stumble into a king-sized Spam can made of foam, with human arms and legs sticking out. Inside is Honolulu Foodbank employee John Valdez. What would Hawaii be without Spam? he hollers through the costume. It would be boring!

Welcome to Spam Jam, the largest gathering of tinned pork enthusiasts on Earth. Today, I am one of 20,000 fans at the 15 th annual event. The residents of Americas 50 th state eat more Spam per capita than anywhere on earth, with Hawaiian steak found on five-star restaurant menus and at McDonalds. Last year, 8m cans were sold here and thats simply the regular-sized ones , not counting Spam Singles, Spam Spread or smaller tins. But its not just Hawaii that adores Spam: in time for Spams 80 th birthday on 5 July, global can sales topped 8bn.